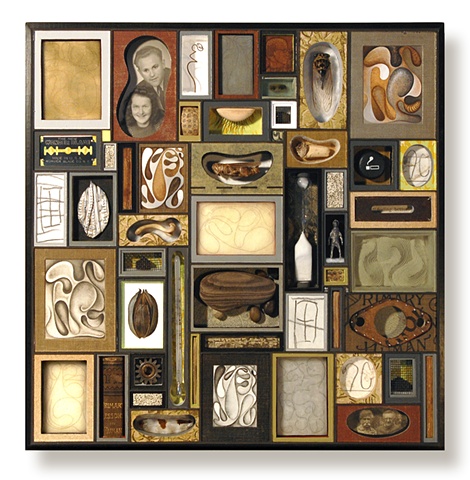 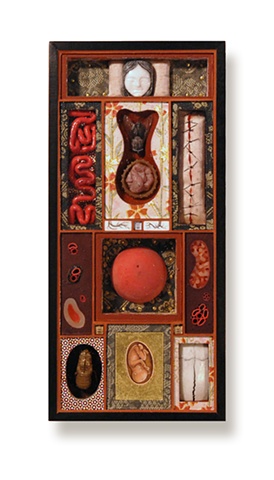 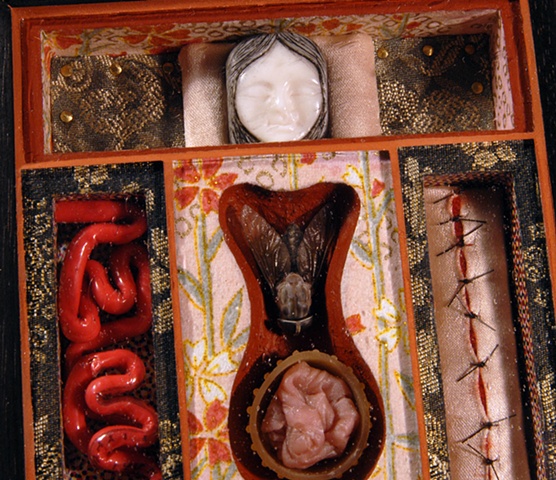 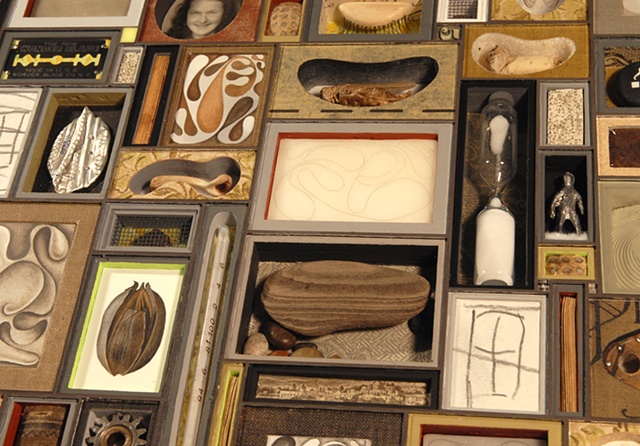 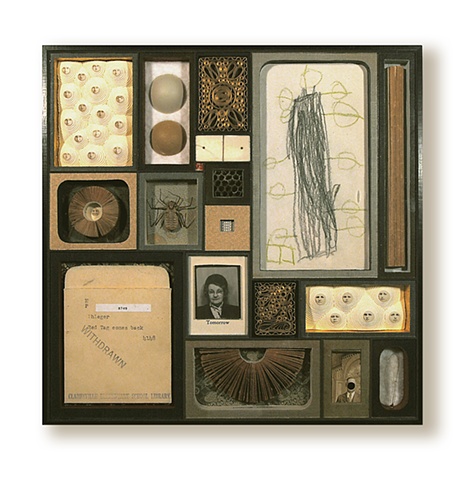 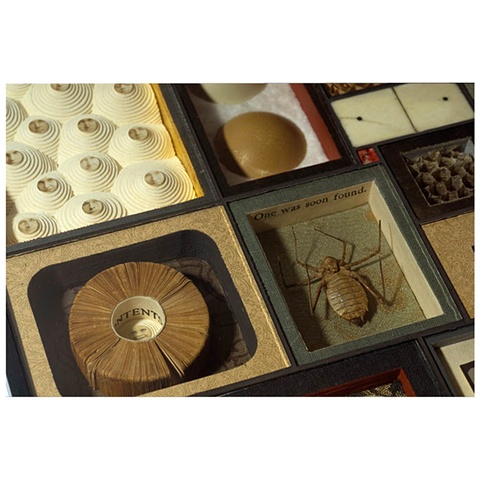 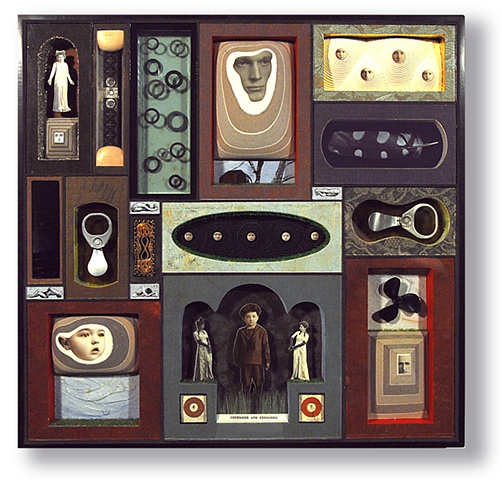 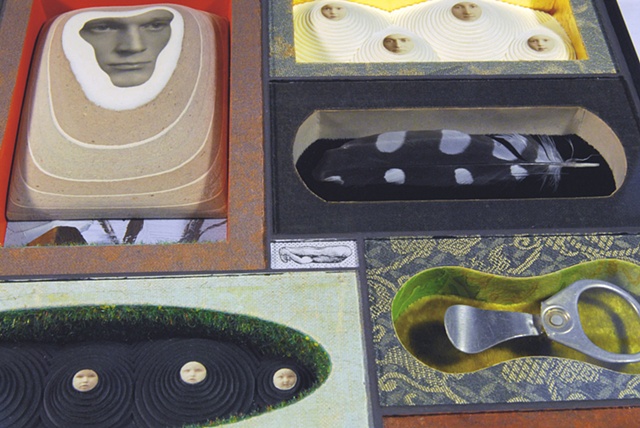 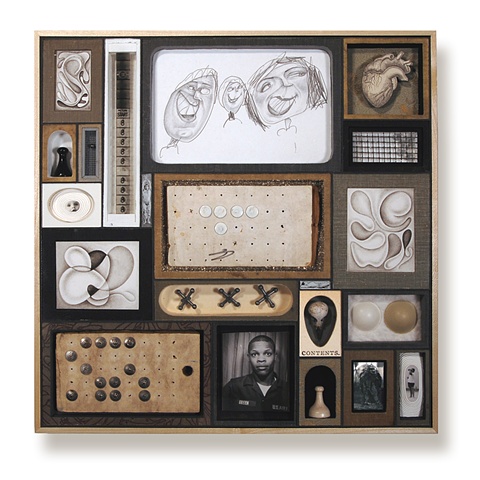 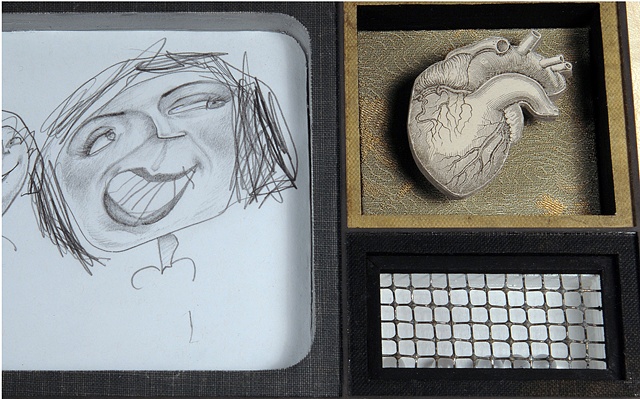 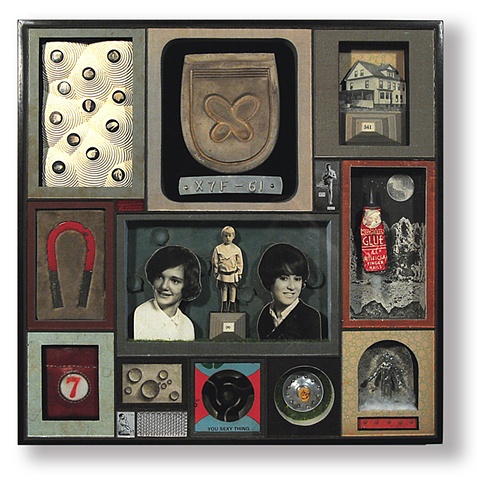 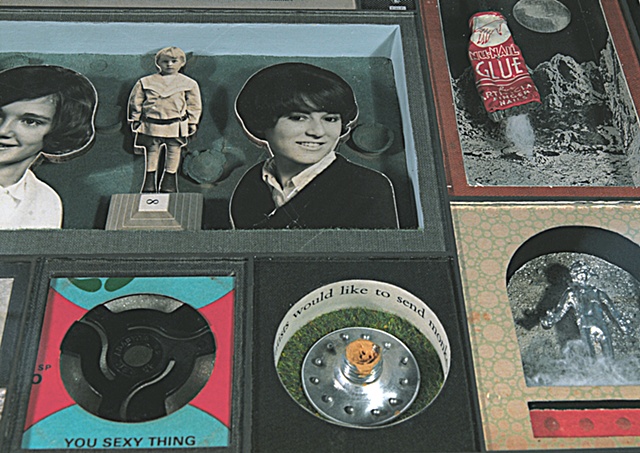 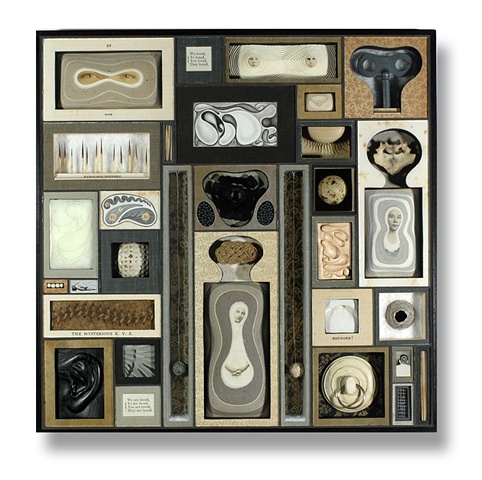 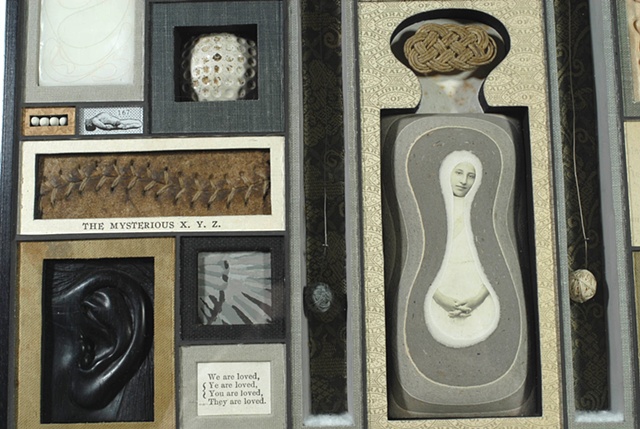 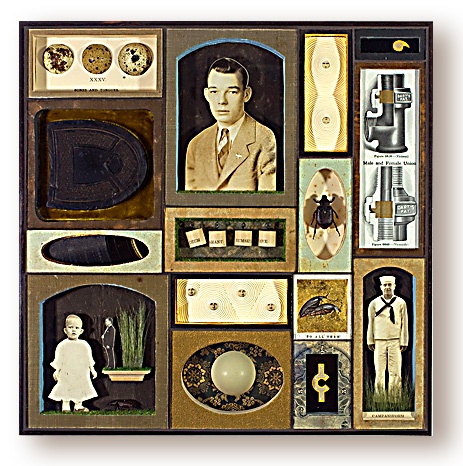 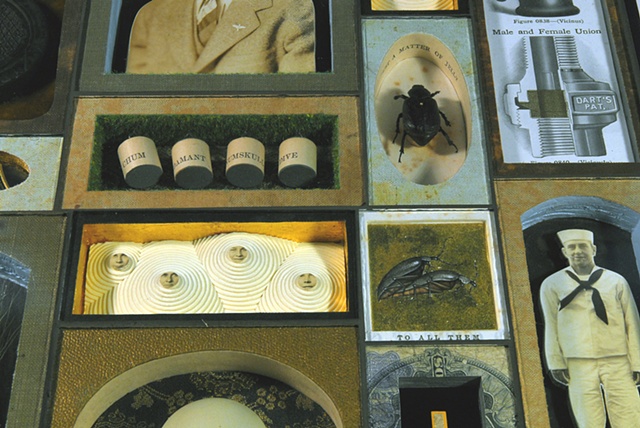 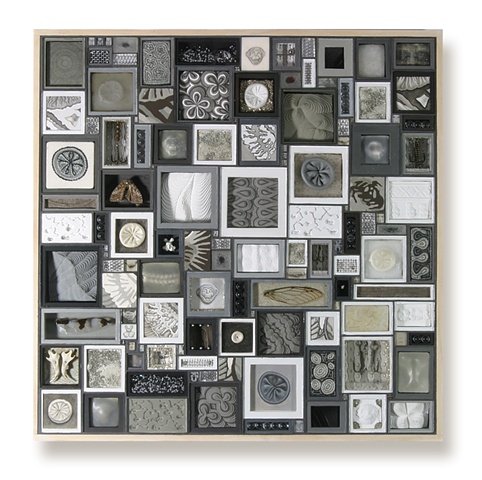 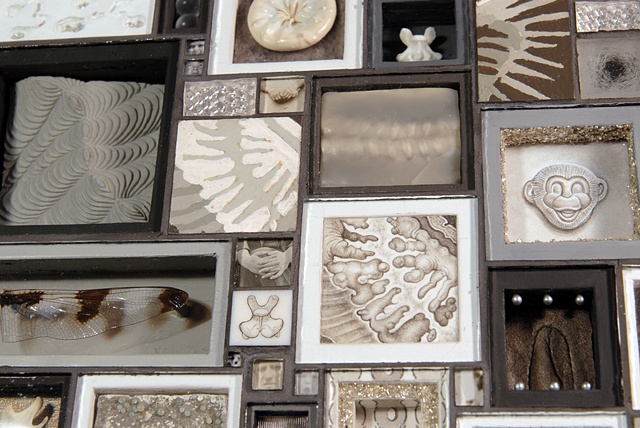 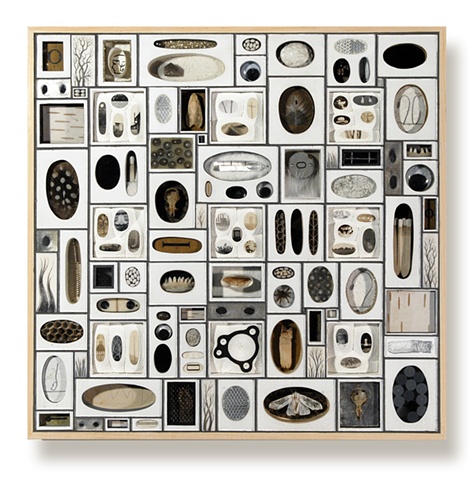 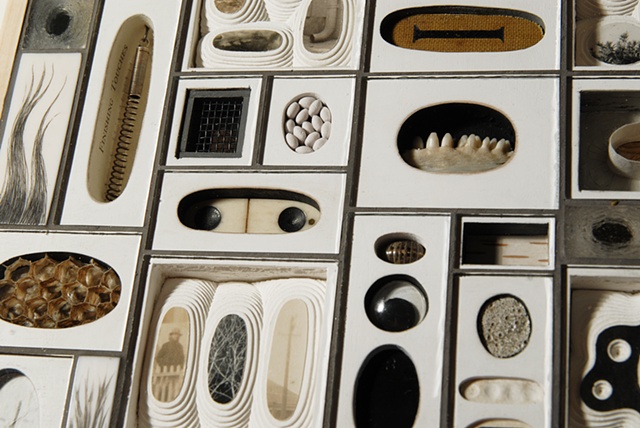 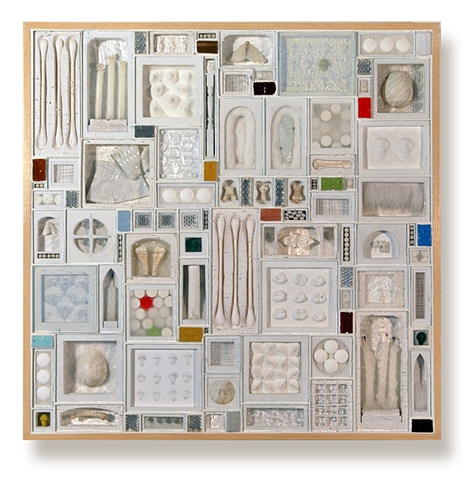 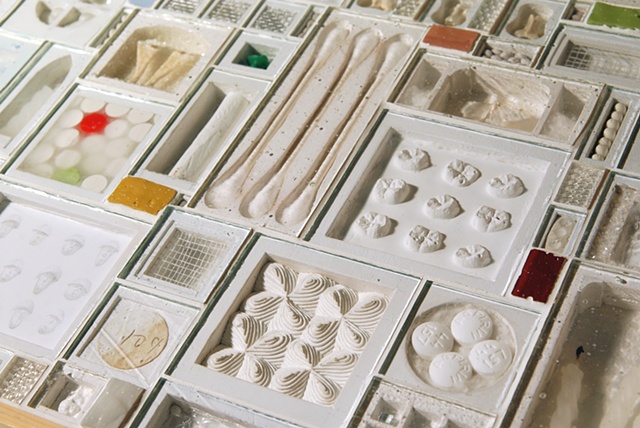 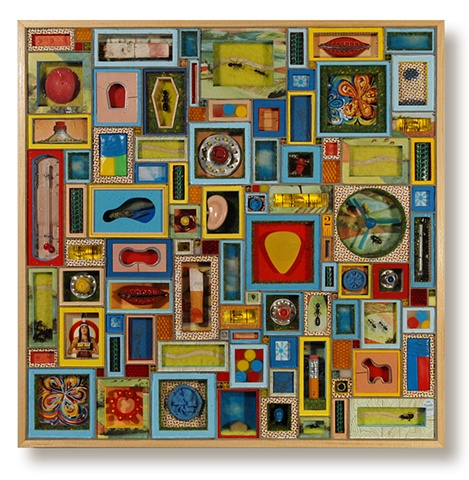 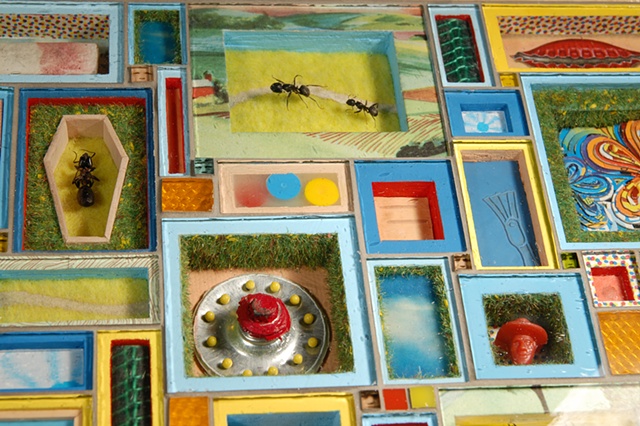 The Ants are My Friends

What is the difference between a specimen and a relic?

In these assemblages, I take delight in an openness and inclusiveness that blurs the distinctions. Any given thing may be one or both simultaneously, so that a relic’s formal qualities become primary, and a specimen is given the gold leaf-and-velvet treatment of its lofty cousin, the relic. There is an open-ended taxonomy where objects and “art objects” – found, made by others, and made by me – coexist. Ultimately, the distinctions are in the connections made by the beholder.

I believe in an economy of attention: Things are as important as the amount of attention paid them. Everything is or was important to someone at some time. The holy bones are loosed to be themselves, and objects found on the sidewalk are venerated in their reliquaries.